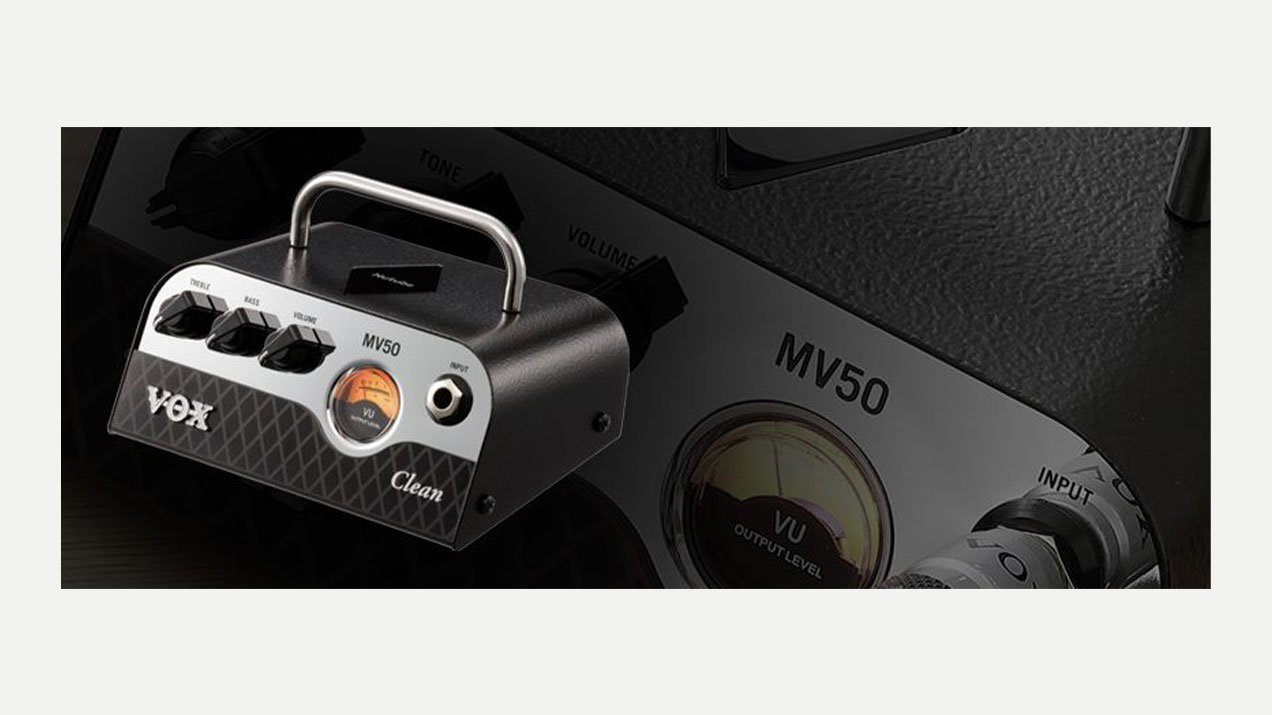 Much has been written about these little amps in the last few years and we have been living with ours for quite a while now, giving us a chance to provide full feedback. We use it as a ‘spare’ and also with headphones for ‘quiet’ practice.

Everything that has been said about them is true – small, light, powerful, great sound and easy to use. You don’t realise how tiny these are until you take it out of the box – it measures just 13cms wide by 10cms deep and 5cms tall excluding the steel handle – it gets dwarfed by our reference Egnater Rebel 30 combo with extra cabinet. You could put this thing on a pedal board and not notice it.

Controls are easy – treble, bass and volume on the front with a cute VU meter which flicks up and down as you play – I remember these from when I was a kid. On the back we have on/off and standby; EQ – flat/deep and an attenuator giving full power (12.5 to 50W depending on cab used), one tenth or one hundredth so great for bedroom practicing. It also has a headphone output.

We plugged it into a Rebel 30 extension cab, rated at 16ohms so max power is 12.5 watts which is plenty loud enough! On first hearing it seemed a little ‘flat’ treble wise compared to the Egnater, as I like a bright ‘American’ sound, but that could be due to the cab used – Vox sell their own matching cab – but after playing with the controls it was easy to dial in a good range of sounds. Through a pair of AKG headphones it brightens up so choice of cab (as with all amps) could be key here.

This amp is a dream with a pedal board and took all of them well from Tube Screamer through blues overdrive to fuzz to metal distortion as well as chorus and phaser. It definitely sounds good with humbuckers, giving a fat overdriven sound when required, but also with single coils so quite versatile.

The MV50 is tube driven using a clever Nutube valve making the amp react like all valve amps letting you attack it and overdrive it when required.

For a street price of well less than £175 the MV50 is worth a look at: we went for the Clean version, but you can also get the AC, Rock, Boutique and High Gain versions which can be sold with an 8” 25 Watt speaker specifically designed for it if you haven’t got one.