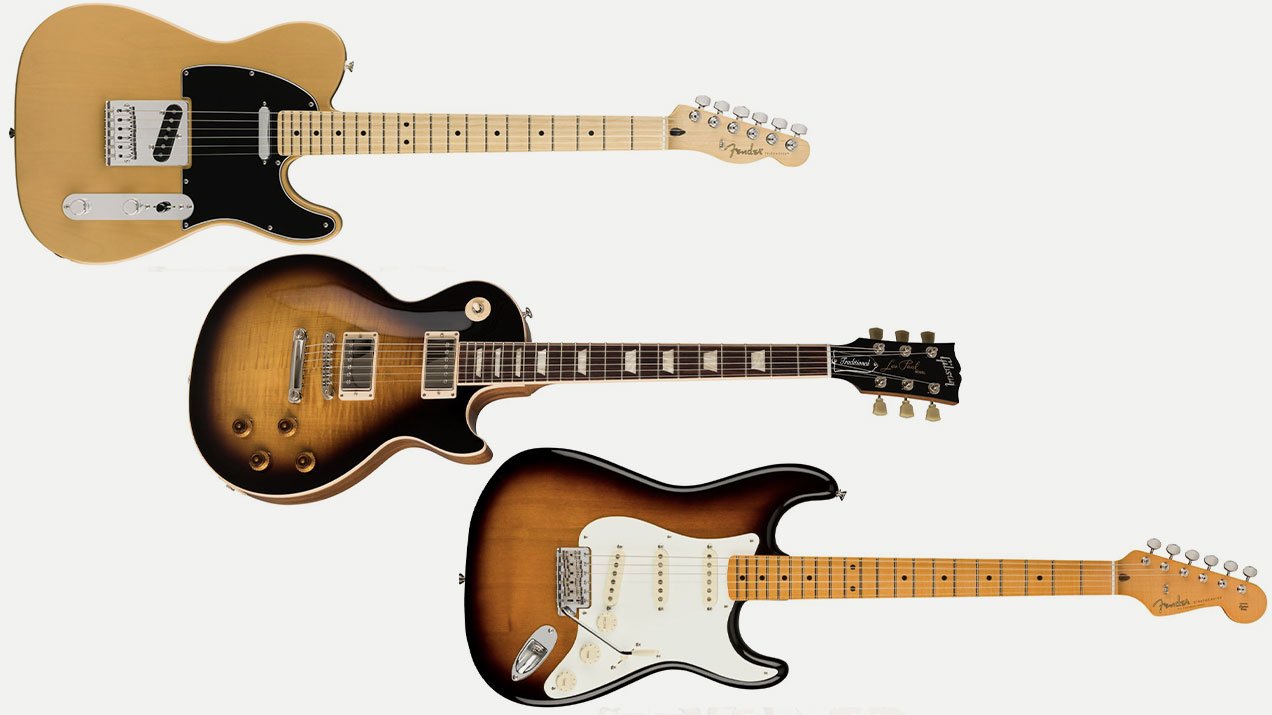 We are sure that some of you might find this a little contentious, but here is our list of the most famous (or popular) electric guitars of all time. The list was originally complied by StrumSchool.com but we agree with just about all of them. Whether it is through cumulative sales, the number of famous artists seen with one, the number of times it has been copied or their inherent ‘coolness’ we don’t know, but what we do know is that we want all of them!

The Suhr Company was founded in California in 1997 and is a relatively new guitar on the market, compared to the other ones on this list. John Suhr created his first custom-made guitar in 1984. The Classic seems to be their take on a Strat style guitar and they also now produce the Classic T, based on the Tele. Some famous artists that sport the Suhr Classic are Alice Cooper and guitarist Reb Beach from Whitesnake. 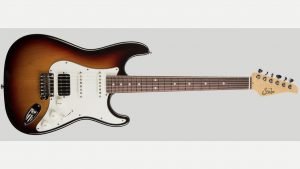 First introduced in 1958 by Gibson, its V-shape was not immediately a top seller. Over the years, this modernistic guitar has been played by the likes of Jimi Hendrix and Steve Jones of The Sex Pistols, among others. The original 1958-59 version of the Gibson Flying V is estimated to be worth between $200,000-$250,000. Wow! 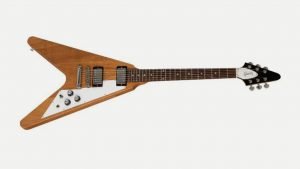 Rickenbacker is considered the inventor of the electric guitar, and released their first electric in 1932. Electric guitars caught on quickly, and by the 1960s, The Beatles were sporting Rickenbacker’s, albeit the 325, 360 and 4001 models. This guitar is also a favourite of Pete Townshend of The Who. 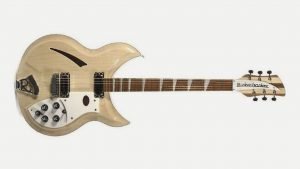 The Gibson SG was created and manufactured in the 1960s when Gibson Les Pauls were decreasing in popularity. The Les Paul would make a comeback as the more preferred guitar in later years, but Gibson kept the SG going and it is now one of their staple models. Played by many famous artists throughout the years, such as Jerry Garcia of The Grateful Dead, and Angus Young of AC/DC. 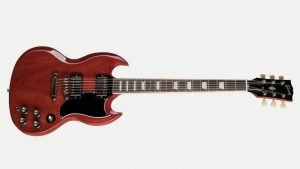 A beautiful guitar, with plenty of bling, first introduced to the public in 1955. It is often nicknamed the “dream guitar” because of its white colour, gold trimming, and gold pickguards. The Gretsch White Falcon is one of Neil Young’s favourite guitars. 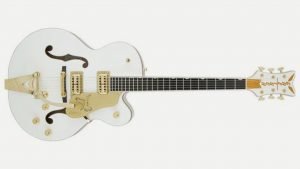 Only in production for ten years from 1959 to 1969, although several reissues have been made, this was one cool Danelectro. This was the first guitar with a double cutaway in the body, therefore the “DC” in the model number. During its heyday, this guitar was played by the likes of Jimi Hendrix and Syd Barrett of Pink Floyd. 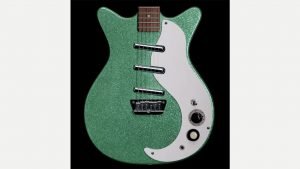 First manufactured by Gibson in 1958, this is a semi-hollow instrument with a central wooden block to help eliminate feedback. As amps were getting louder, the hollow guitars that Gibson produced were getting feedback issues so this was their answer. And how cool is it? In production ever since and much copied it is a fantastically versatile guitar that can cover many styles. BB King’s Lucille is a great example of it. 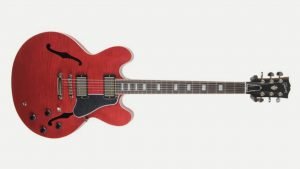 Originally marketed as the “Broadcaster” in 1949 before Gretsch stopped them using the name, resulting in Fender changing its name to the Telecaster . The guitar, known affectionately by musicians as the Tele, is notable for its light, bluesy tone and was one of the first volume production electric guitars for the working musician. The Telecaster can cover many musical styles and is played by a myriad of pro musicians, who like its simplicity, ruggedness and distinctive sound. Leo got it right first time! 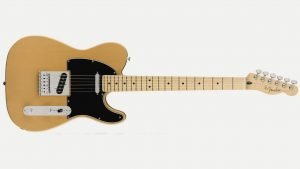 One of the most famous guitars in the world, this guitar was designed and endorsed by guitarist Les Paul in the early 1950s. Many editions have been produced throughout the years, and, although production was stopped in the 60’s due to a lack of sales (!) the Les Paul is now one of the go to guitars for professional and amateur musicians alike. We all wanted a white or black one as a kid, especially the 3 pickup custom a la Frampton! 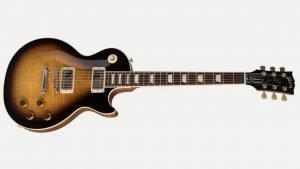 The Stratocaster is hands down the most famous guitar in the world, still one of the coolest and probably the most copied. First introduced in 1954 as a luxury guitar alongside the Tele, it is noted for its bright, twangy sound from its three single coil pickups. Many models of the Strat have been produced over the years although, like the Tele and the Les Paul, the shape and layout have remained a constant. What colour is yours? 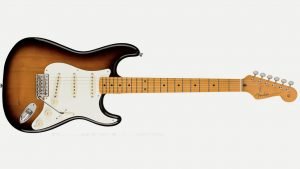 Any missing you may ask? Well, what about the Ibanez Jem, Gibson Firebird, Fender Jaguar or Jazzmaster, Jackson Dinky…

If your collection includes all ten, you are one lucky, or discerning, guitarist (with a serious case of GAS).