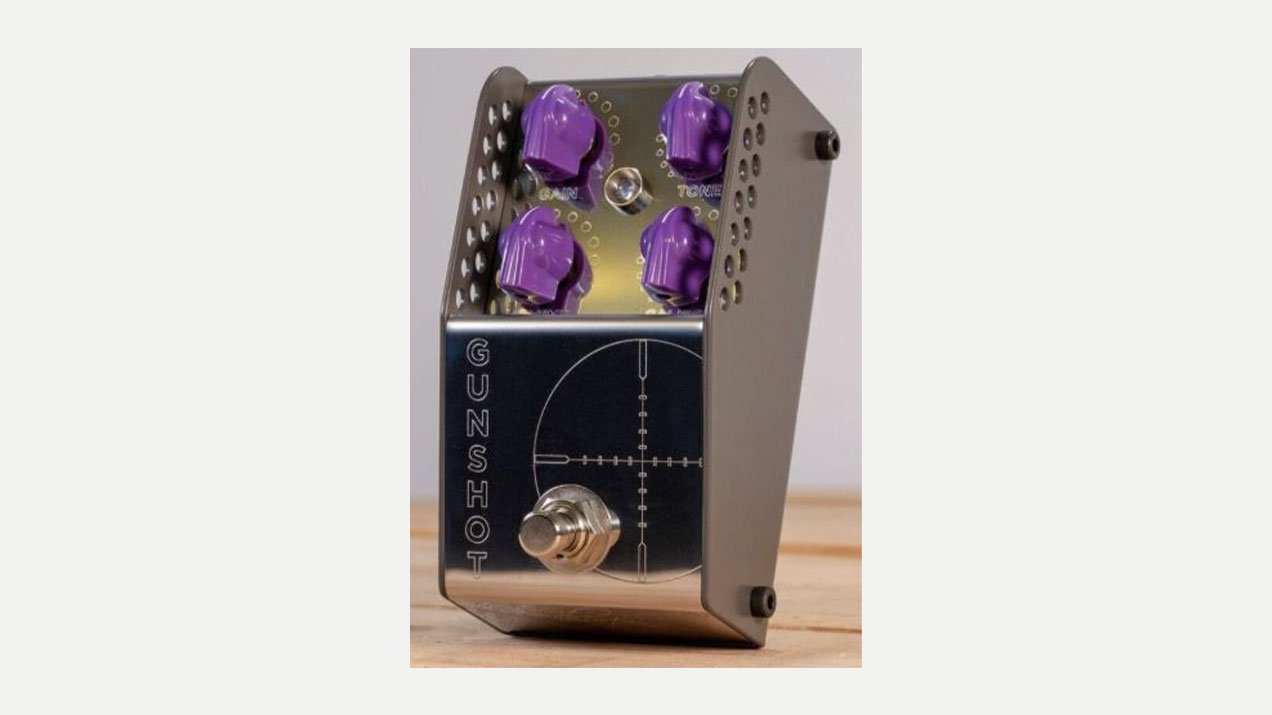 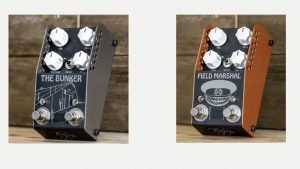 ThorpyFX continue their rise with two new pedals this spring – the Field Marshal and the Bunker. Both being inspired by Lovetone’s Big Cheese and Brown Source, respectively.

The BUNKER is a MKII version of the Brown source drive pedal. It is smaller, louder and more tonally flexible. The tonal flexibility is provided through a texture control that allows you to have whichever type of drive sound you want from original Brown Source style drive through to thicker and more harmonically rich drive. The tonestack bypass is on a footswitch for two switchable sounds as well as a three way toggle switch for further tonal sculpting. Each Bunker pedal has four knobs to control Volume, Drive, Tone, Texture; two footswitches, one for on/off and the other for tone stack bypass; a three way toggle switch to change tonal character when the texture control is set high.

The FIELD MARSHAL is a MKII version of the Big Cheese fuzz. Smaller, louder and more tonally flexible than the original it sits perfectly on a modern pedalboard. The tonal flexibility is provided through a tonestack bypass foot switch that allows you to have two different fuzz sounds from the same pedal. The balance control is linked to the tonestack bypass and can be set to the same volume as your core sound or as a boosted fuzz for solos. As with the Bunker each Field Marshal pedal has four knobs to control Volume, Fuzz, Tone, Balance; two footswitches, on/off and tone stack bypass; a three-way toggle switch for gated fuzz, flat mids and enhanced mids.

ThorpyFX, founded in 2014 by Major Adrian Thorpe, set out to produce the best sounding, most robust and most beautiful guitar effects available. This has been achieved through great design, great engineering and holding true to their ethos of providing “Superior Fidelity Tone Machines” to discerning guitarists.

Seems they are achieving this with every pedal released, judging by industry and user reviews and feedback. They now have thirteen in the range including overdrive – the Gunshot, distortion – the Warthog, fuzz – the Fallout Cloud and compression – the Fat General.

Check out their Amazon Store