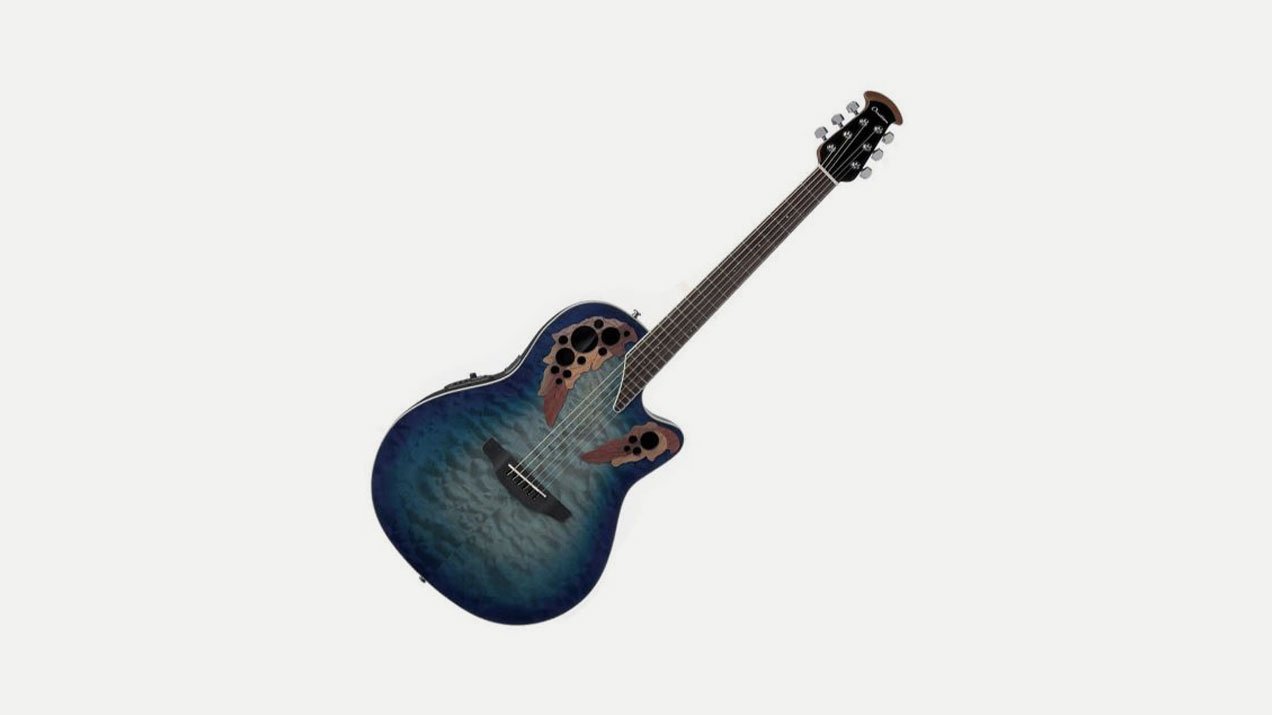 Posted at 14:06h in Acoustic Guitars by paul

The Ovation Guitar Company, based in Connecticut and part of the Kaman Music Corporation, manufacture acoustic guitars with a composite synthetic, semi-parabolic bowl shape, instead of the traditional wooden back and sides, which their engineers felt yielded the most efficient and responsive guitar body.

Developed in 1965, the first playable guitar was introduced in 1966; they reached the height of their popularity in the 1980’s where they were more often than not seen during live performances by touring artists if acoustic guitars were being played. Other Ovation innovations included composite tops and multiple offset sound holes on guitar tops, pioneered in the Adamas model in 1977.

Ovation is the recommended guitar in Robert Fripp’s Guitar Craft.

Find yours in the Amazon Ovation Store