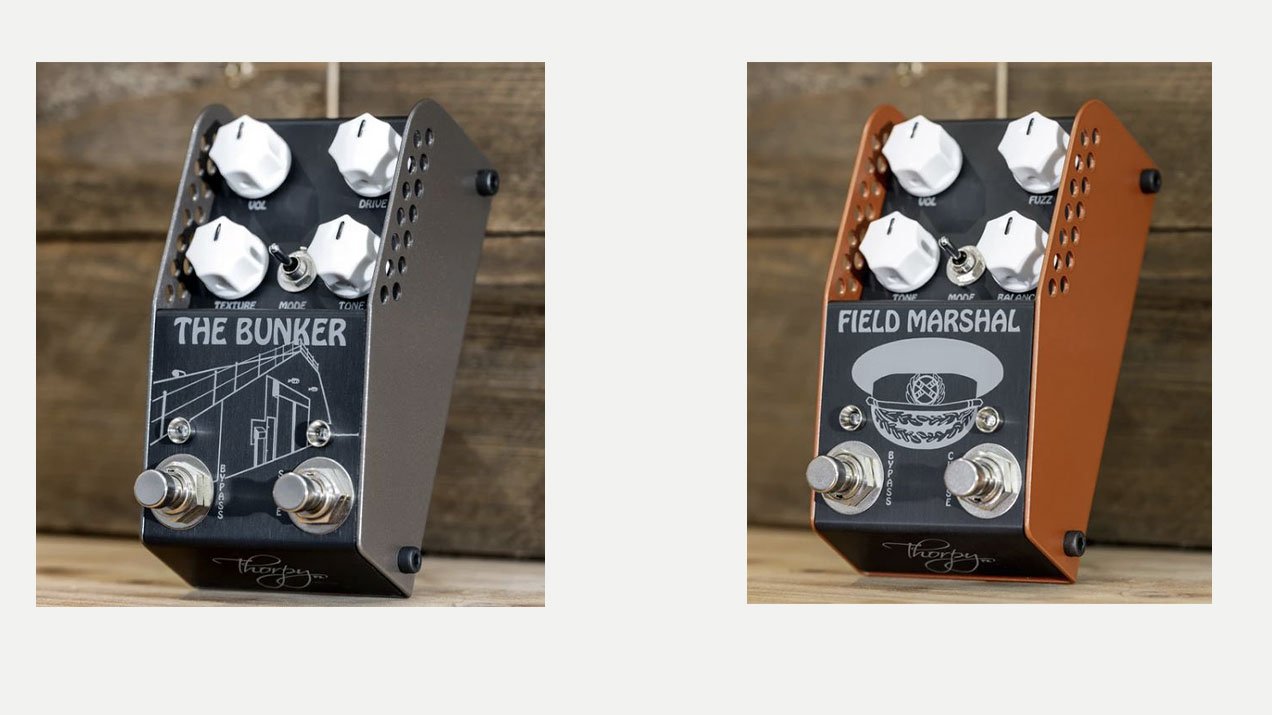 ThorpyFX continue their rise with two new pedals this spring – the Field Marshal and the Bunker. Both being inspired by Lovetone’s Big Cheese and Brown Source, respectively.

The BUNKER is a MKII version of the Brown source drive pedal. It is smaller, louder and more tonally flexible. The tonal flexibility is provided through a texture control that allows you to have whichever type of drive sound you want from original Brown Source style drive through to thicker and more harmonically rich drive. The tonestack bypass is on a footswitch for two switchable sounds as well as a three way toggle switch for further tonal sculpting.

Each Bunker pedal has four knobs to control Volume, Drive, Tone, Texture;  two footswitches, one for on/off and the other for tone stack bypass; a three way toggle switch to change tonal character when the texture control is set high.

The FIELD MARSHAL is a MKII version of the Big Cheese fuzz. Smaller, louder and more tonally flexible than the original it sits perfectly on a modern pedalboard. The tonal flexibility is provided through a tonestack bypass foot switch that allows you to have two different fuzz sounds from the same pedal. The balance control is linked to the tonestack bypass and can be set to the same volume as your core sound or as a boosted fuzz for solos.

You can see all thirteen of their pedals at: ThorpyFX