This week sees the release of new pedals from J Rockett, JHS, Danelectro, Mad Professor, Catalinbread and Old Blood Noise. Too many to choose from! 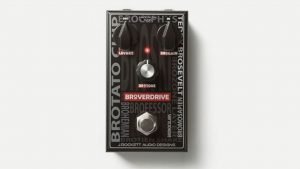 Announced this week and for sale via their website the Broverdrive is a pedal that even they can’t describe! All they can say is that it sounds ‘freakin great’ and is smooth, chewy and cuts through the mix.

It’s a very musical overdrive that should work with every amp and guitar going from mild to wild. 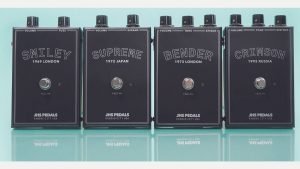 Fuzz is in at the moment (did it ever go out?) and JHS Effects have announced their new Legends of Fuzz series which starts with four new pedals:
Smiley
Supreme
Bender
Crimson

Each one is based on a famous fuzz from the past “our tribute to the most important fuzz circuits ever made. It is our way of ensuring that the stories of these effects live on in the music that you are going to make. From the earliest days of fuzz in the mid-60’s London scene to the 1990’s ex-Soviet military factories that brought the Big Muff back to life” 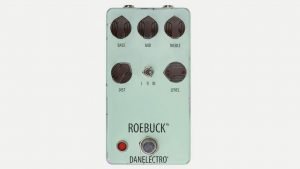 Can’t find or afford an original Ibanez Mostortion? This is a legendary pedal only made for a short time in the 1990’s but had very musical distortion and great tone.

The Danelectro Roebuck is a reissue of this iconic pedal and even manages to look vintage! Tasty amp-like overdrive and tone indeed! 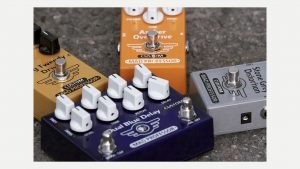 Over the years we have been asking for mods to their best pedals and here they are! Four great limited editions, all had-wired and built in Finland by the Mad Professor: 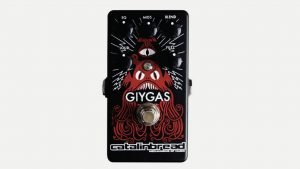 More fuzz this week, this time from Catalinbread in the form of their new Giygas which is now available to pre-order.

Hers’s what they say about it: “Featuring a plethora of useful options, the Giygas gives you everything you’ve ever wanted in a fuzz box, along with some stuff you never knew you wanted (but deep down, you totally knew). The core of the fuzz circuit is brawny and fierce, yet with plenty of violin-like sustain and articulation on tap, and the entire thing is wrapped in a clean blend circuit. From there, the fuzz gets catapulted into a gyrator-based mids boost, and then into a tilt EQ circuit. With the blend rolled all the way back, you can use just the powerful high-headroom EQ to sculpt your clean tone. A horde of options await you under the hood, ones that will make our four-stringed friends extremely happy.” 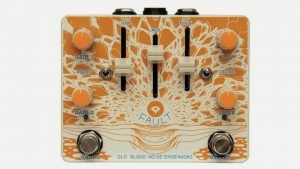 This is version 2 of their overdrive/distortion pedal, which they have tweaked to give greater gain range, voice control and clipping options. It has a footswitchable second gain stage and three band EQ and now excels as a clean boost and tweakable high gain distortion as well.