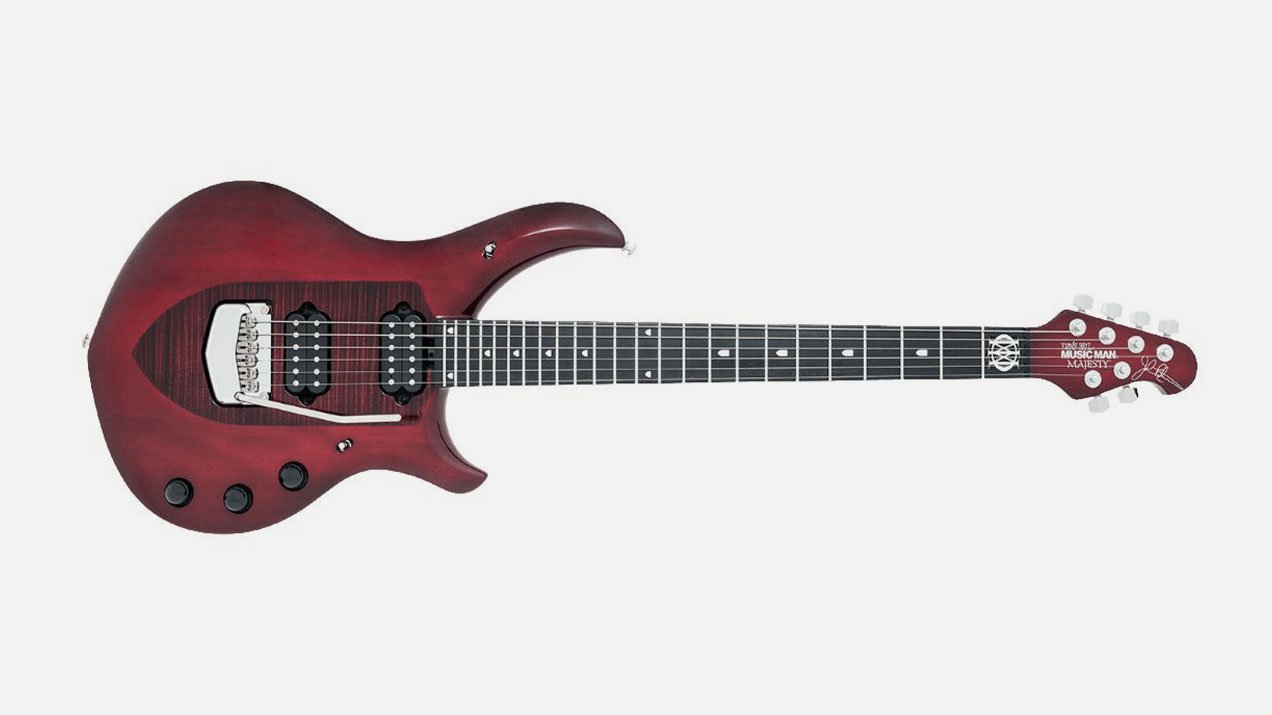 Posted at 14:17h in Electric Guitars by paul

Due for release soon with a price tag around £3000, the Music Man Sabre guitar will certainly turn a few heads. Featuring a double cut okoume body, a carved maple top, and custom humbucking pickups it should deliver a lively, dynamic sound with a striking clarity and sustain. Tops are bookmatched and adorned with natural binding, which elegantly highlights the raw beauty of the figured maple wood grain. Finishes include Cobra, Boujee Burst, Honey Suckle, and Blue Moonstone. 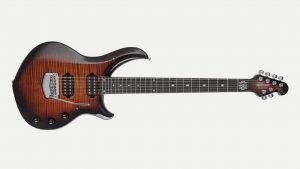 Music Man has a good line up of Signature Artists, who have one maybe two signature models (Steve Lukather, Steve Morse, St Vincent, Albert Lee and James Valentine) and then there is John Petrucci who now has seven including the 2019 ‘all new’ Majesty which can be yours for the princely sum of c£3700. Looks great though… The Majesty features new John Petrucci Dimarzio Dreamcatcher and Rainmaker pickups, a through neck design, maple top and a choice of  7 finishes.

Music Man is an American guitar and bass guitar manufacturer, being a division of the Ernie Ball corporation.

It was established in 1971 when Leo Fender and his partners got together to form what became Musitek and then in 1974 Music Man. Its first product was an amplifier called the ‘Sixty Five’.

This wasn’t Fender’s sole enterprise however. He also owned and ran a consulting firm called CLF Research (Clarence Leo Fender) in California. By 1976 it had built a manufacturing facility for musical instruments and was contracted to make Music Man products. In June 1976 production started on guitars.

Music Man was sold to Ernie Ball in 1984 and the production of amplifiers ceased. In 1985 they started producing bass guitars.