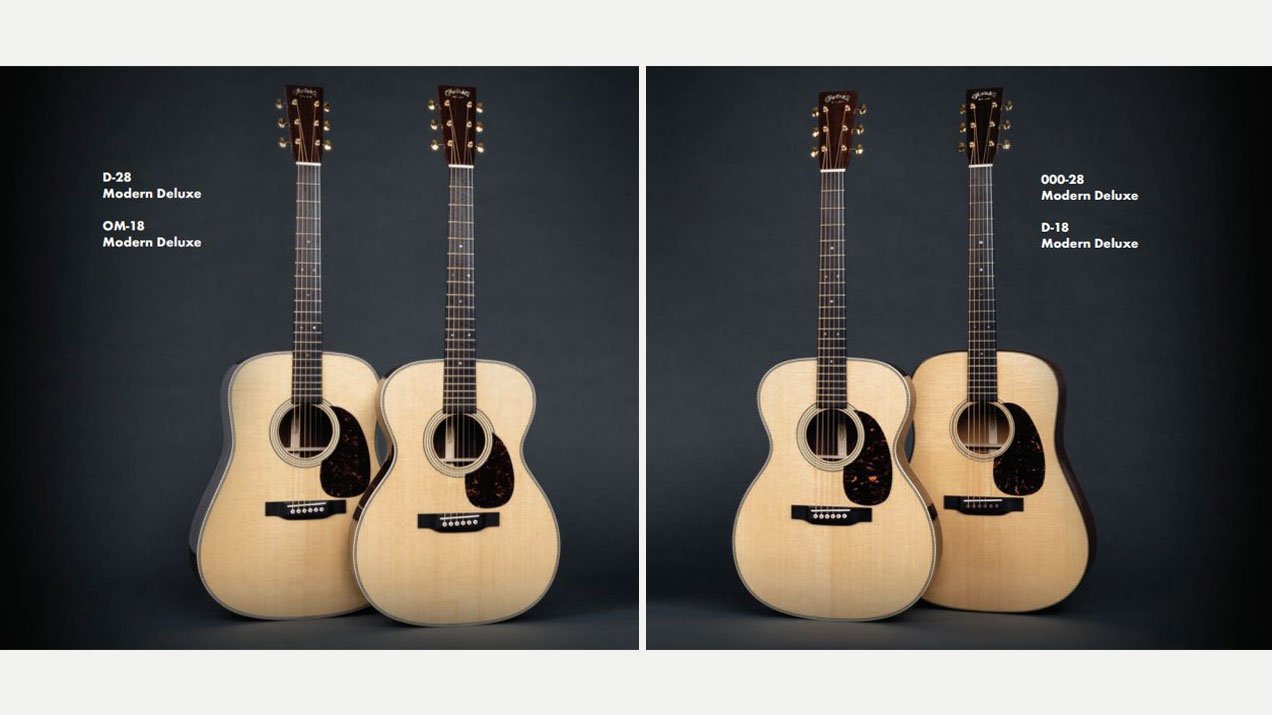 Posted at 01:59h in Acoustic Guitars by paul

For more than 175 years, Martin Guitars – America’s oldest and most successful acoustic guitar maker – have set the standard by which other acoustics are measured. Their longevity is not difficult to explain. Martin’s instruments have been played by everyone from Elvis Presley to Coldplay.

Their designs past and present have had a massive influence on virtually every other acoustic guitar maker in existence. In many ways, the illustrious history of Martin Guitars is the history of the acoustic guitar as we know it today.

The story of Martin Guitars starts in 1833 when C. F. Martin Snr. (the great-great-great-great-grandfather of the current Chairman and CEO Chris Martin IV), began applying his furniture making skills to the crafting of acoustic guitars.

Martin Guitars quickly established an enviable reputation for quality and tone, however, constant development coupled with an unquenchable desire for excellence drove the company forward, designing both new body shapes and manufacturing techniques in the process.

Two Martin advancements in particular revolutionised the acoustic guitar market forever; the use of X bracing and the Dreadnought. First developed in the mid 1850s, X-Bracing facilitated the progression from gut strung instruments into steel strung, as it provided the strength and stability required to prevent the increased string tension from pulling the guitar apart while still allowing the guitar’s top to resonate freely.

Although first used nearly 150 years ago, X-Bracing has never been bettered and is still used around the world today for entry level instruments as well as top of the range handmade custom pieces.

It could be said that the Dreadnought has been the driving force behind every genre of popular music. Be it rock’n’roll, country, rag-time or bluegrass, the dreadnought’s bass-rich tonal clout and punch has made it a favourite with musicians all over the world.

Its influence is such that virtually every luthier, workshop and manufacturer in existence that produces acoustic guitars offers a Dreadnought shape – such is the enduring appeal of Martin’s original design more than 100 years ago.

120 Guitars to choose from

Martin’s current range of more than 120 instruments represents the very best in 21st century cutting edge manufacturing techniques, while retaining immaculate craftsmanship and the warmth and appeal of vintage instruments.

Whatever your musical tastes or aspirations, whether your budget is major or minor, Martin has a model for you. When purchasing a Martin, you become an owner not just of a quality acoustic guitar, but a piece of guitar history.

The Martin range includes every acoustic guitar shape and size you can think of from a little travel guitar though the O, OO, OM, OOO, Dreadnought, Grand Performance and the mighty Jumbo.

The company’s headquarters and primary factory are in Pennsylvania but they also manufacture instruments in Mexico. During the year 1900, Martin produced 182 instruments. By the year 2000 that figure had risen to 24,085.
In 1979, Martin opened its “Custom Shop” division. Martin built its 500,000th guitar in 1990, and in 2004 they built their millionth guitar.

Taking it to the next level

They may be an old established company but they are still innovators and trailblazers. In early 2020 they launched the SC-13E which features a revolutionary new cutaway. Their patent-pending Sure AlignTM neck system, combined with the removal of the heel, provides full access to all 20 frets, enabling you to comfortably play the entire fretboard. According to Martin “The SC-13E is a performing guitarist’s dream. It is equipped with a new, low-profile velocity neck that ergonomically accommodates your hand, giving it the comfort and playability of an electric. No need to bring multiple guitars to a gig. Now you can bring just one and play longer.” 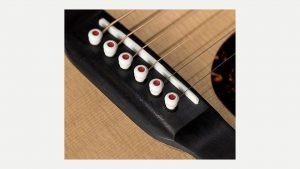 In 2019 their Modern Deluxe range took them into the space age! After 100 years of traditional guitar specs, which can be heard on thousands of recordings, Martin moved into the 21st century with a host of new features on the range: Titanium truss rods – Carbon-fibre bridge plates – Liquidmetal bridge pins – Sitka spruce Vintage Tone System (VTS) top and VTS Adirondack spruce braces. What you end up with is less weight, more volume and fantastic tone. Not cheap, but certainly worth it.