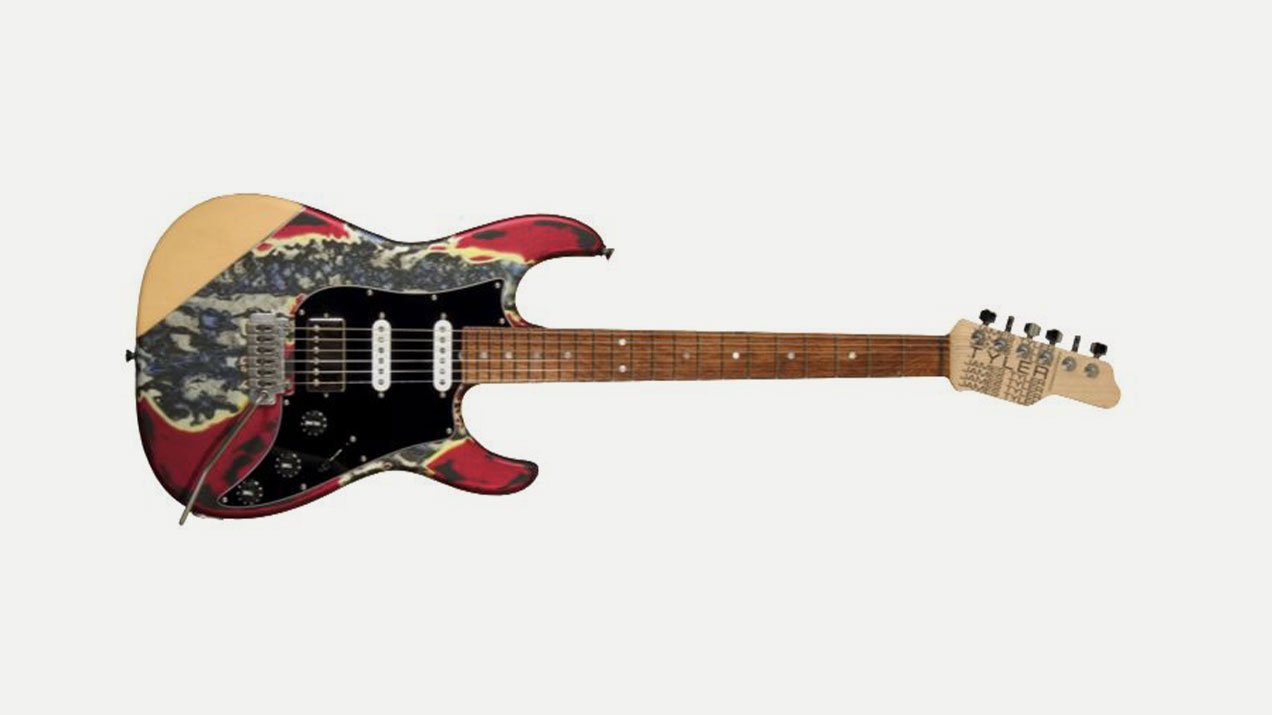 Posted at 12:42h in Electric Guitars by paul

James Tyler Guitars, established in 1972 and based in California, is a manufacturer of boutique electric guitars.

The company is known for creating instruments “flawless in design and construction” with an easily recognisable yet somewhat controversial headstock and creative guitar body finishes with names like “psychedelic vomit”, “burning water” and “caramel cappuccino shmear”.

During the 1980s the company did primarily repairs and modifications of guitars but built some custom guitars; over the next three decades they produced a collection of stunningly creative guitars and basses, with outrageous finishes, lauded pickups and a steadily growing roster of loyal artists.

In 1987 the first production model was released called the Studio Elite, a hot-rodded Fender Stratocaster that James Tyler describes as “a guitar with all the good stuff.”

In 2008 the company released a series of guitars using the brand “Joe” and only made them available to the Japanese market. These guitars can be regarded as a stripped-down version of the Studio Elite and the Strat-style Classic models and according to James Tyler are “all about attitude.”

The most ambitious instrument though is the James Tyler Variax released in 2010. Partnering with Line 6 gave Tyler the opportunity to push guitar design into uncharted territory. Today, their guitars are made both in the US and in Japan.