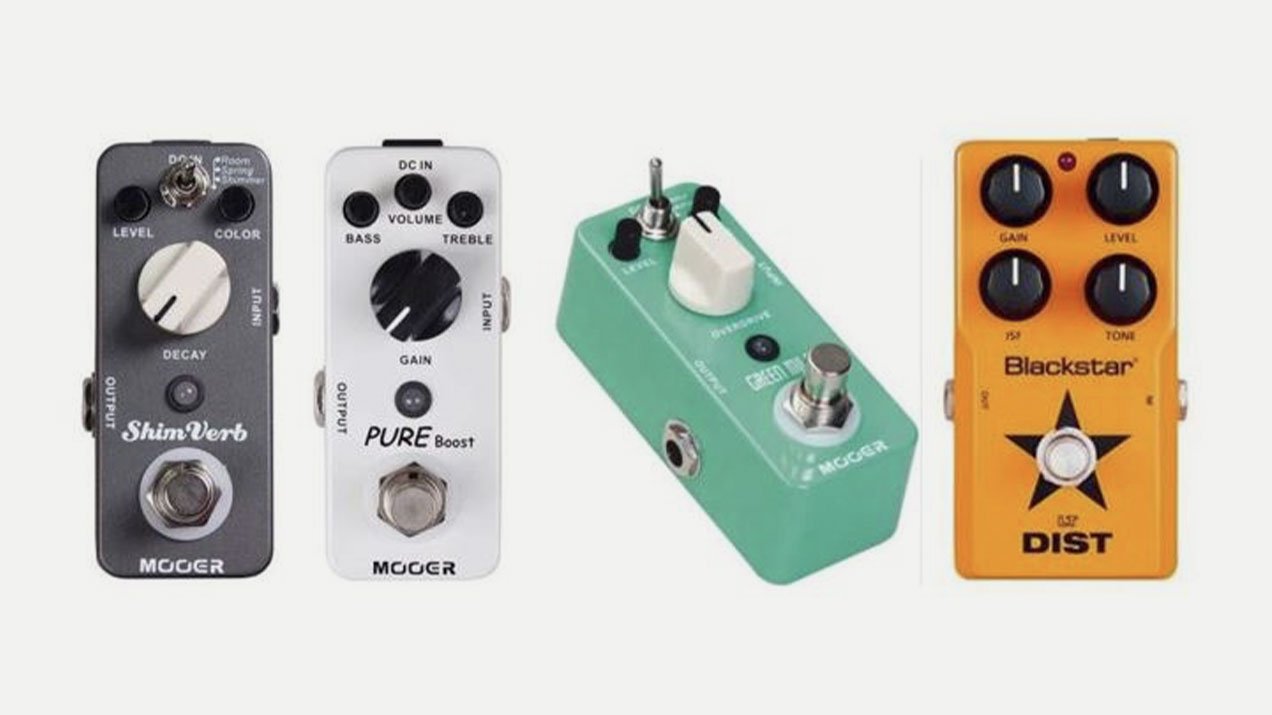 31 Jan How to choose an effects pedal

With so many to choose from where do you start?

Finding the right tone can take you years, although you can have great fun plugging in a few pedals and listening to what sound you get!

Even some of the best guitarists are never happy with their sound and are always on the look out for something new and inspiring, which is why makers keep releasing new effects pedals!

Pedals are in, which means there are thousands on the market, many of which have ‘interesting’ names that bear no relation to what they do. They also vary in cost (from about £30 to £1000) and size (from micro pedals to two and three footswitch models).

Categories of effects pedals include:

The list is endless and now includes sophisticated MultiFX pedals where you can add and store different combinations of effects together to create specific sounds.

Effects pedals can be analogue or digital (or a combination), true bypass or not and some can be temperamental depending on where you sit them in your chain – so go experiment!

But what does each pedal do?

A delay based effect designed to simulate what happens when two instruments play the same part – makes your six-string sound like a twelve string!

Echo-units copy the natural effect of a sound being deflected from a distant surface using analogue or digital means. This makes your guitar sound fuller and alive, rather than flat and monotone.

This should do what it says on the tin and add a grit, and grin factor, to your sound! Think ‘I can’t get no satisfaction’ a fuzz pedal, or classic Led Zeppelin – overdrive. A fantastic array of different types of pedal are available giving you a massive choice of sounds – you could spend years and thousands of pounds, finding the right sound for you. Classic pedals include the Ibanez Tube Screamer, EHX Big Muff and Klon Centaur – most pedal companies make a ‘copy’ of a classic and some, copies of copies!

A delay-based effect that originated with tape recorders (listen to some of the 70’s rock records to hear it) where the sound produced is mixed with the normal sound.

Mixes slightly out of phase identical signals giving colouration to the sound.

A reverb unit mimics the natural effect of overlapping sound reflections that may occur in a large room making it sound less flat or dead – you can get plate reverb, spring reverb, room reverb and hall reverb and all points in between giving you a great choice. A basic reverb pedal can cost £30 or you can spend £500 on one offering every reverb under the sun.

The volume of the signal is modulated producing a rhythmic pulsing effect. Don’t get confused with the tremolo arm on your guitar – technically that is a vibrato!

A foot operated pedal – when the pedal is flat a high treble sound will be produced and when you raise the pedal gradually the bass is increased. Used in funk and blues a lot.

Other pedals include Booster, Octave, Pitch and many more. You can of course plug many pedals in at once to shape and form your own sound. A word of caution though – the great BB King spent all his life trying to produce the sound he ‘could hear in his head’ which wasn’t the sound we could hear!

Putting them on a pedal board

If you have a few pedals you may want to put them on a pedal board (which you can make yourself or buy) and the question then is what order do they go in? You can debate this for hours and get many different opinions so go experiment yourself! Having said that there is a ‘default’ order which might help you get started:

Effects Pedal Makers
Pedals you need on your board