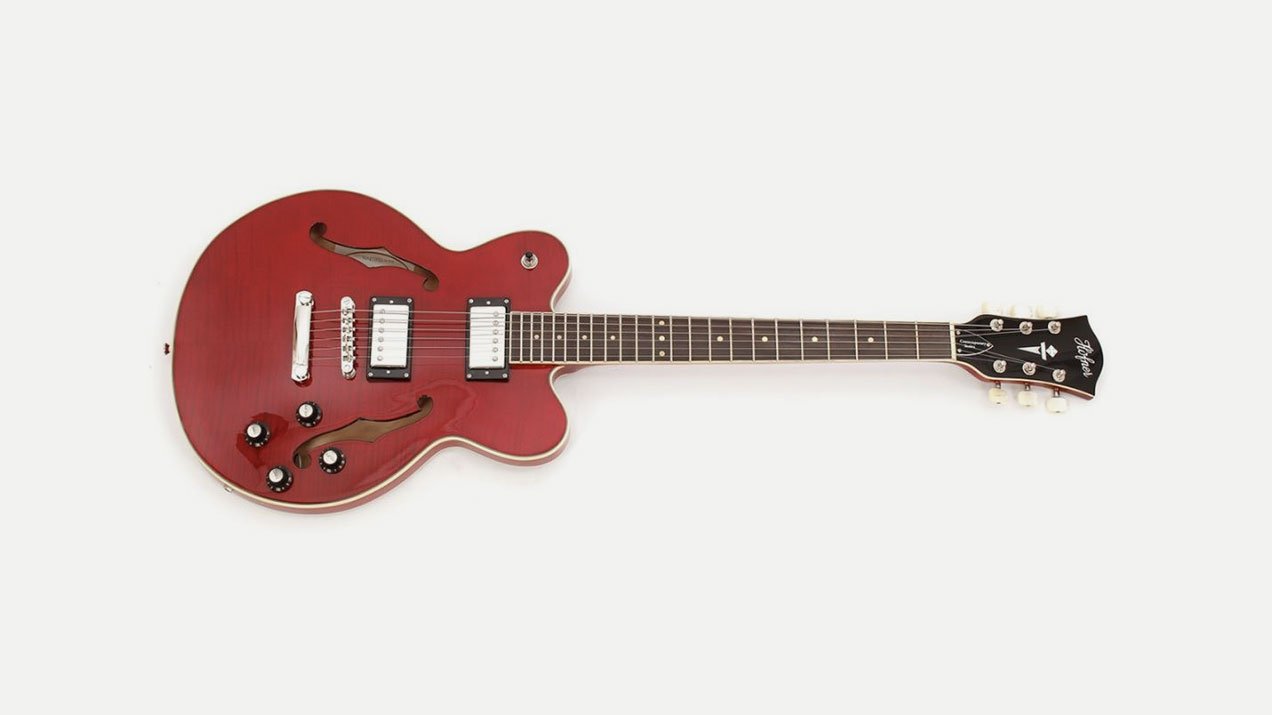 Posted at 12:29h in Electric Guitars by paul

Höfner was established in 1887 by Karl Höfner who was followed by two of his sons and his grandaughter in developing the company into a world leading instrument manufacturer. The company has two divisions: stringed instruments and guitars where they produce a large range of classical and acoustic guitars and an exciting range of electric guitars.

In the 1950s and 1960s Höfner instruments were distributed by Selmer of London. They were considerably more accessible to budding musicians than American-made guitars, which were expensive if obtainable at all, giving Höfners a place in history as the “starter” instruments of several well known 1960s musicians. Much of Höfner’s popularity is attributed to Sir Paul McCartney’s use of the Höfner 500/1 bass throughout his career. This violin-shaped model is commonly referred to as the “Beatle bass”.

The company has been through various owners in the last twenty years being part of Boosey & Hawkes in 1994 and then The Music Group in 2003 until it was sold to Klaus Schöller in 2005, who has been the General Manager of Höfner for many years.

Today they have workshops in Bavaria, Germany making hand built instruments and in Beijing, China, where the more affordable Contemporary series of electric guitars (the Verythin, Violin Bass and Club) is made using classic Höfner design and quality. Retail Prices: £700 – £1000

Find yours in the Amazon Hofner Store