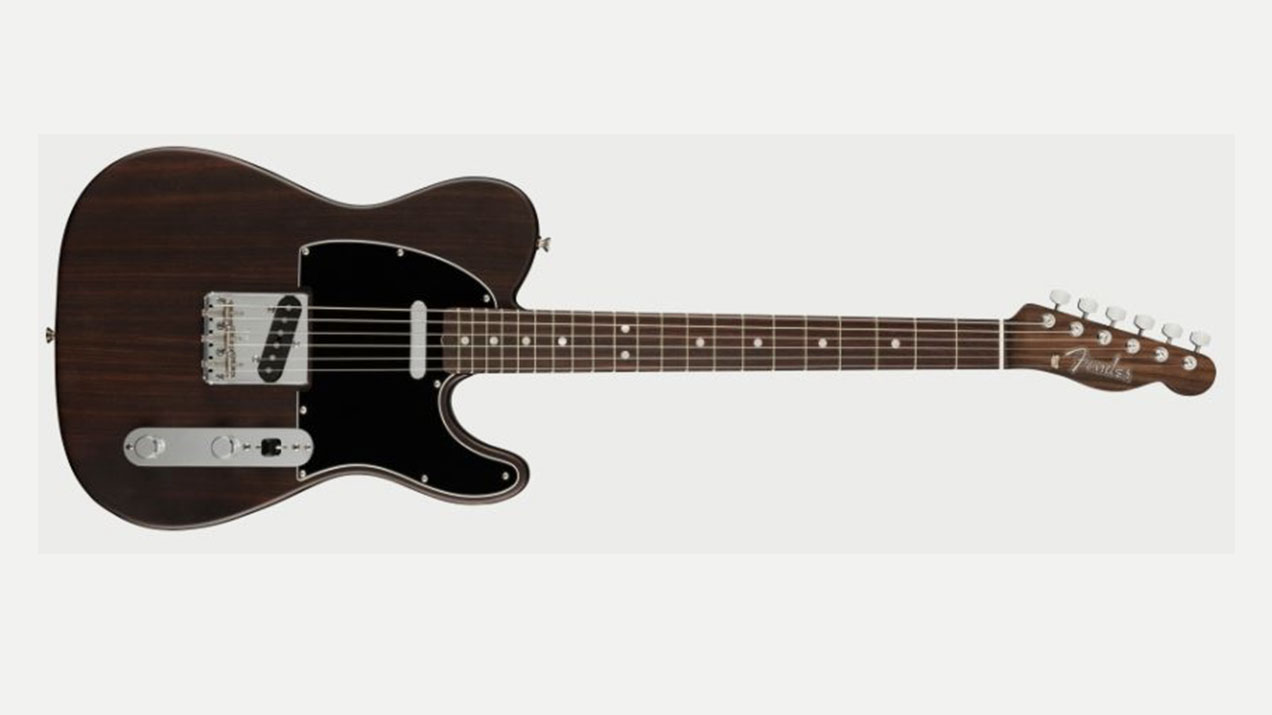 Back for a second run after the 2017 model sold out quickly.

“Admired for his inspiring playing ability and songwriting prowess, George Harrison reigns as one of the premier icons in music history. To honor Harrison’s venerable career, we created the George Harrison Rosewood Telecaster, a limited-edition tribute that embodies George’s elegantly restrained playing style and sound.

Based on the original Telecaster created for Harrison by Roger Rossmeisel, this guitar remains true to its heritage with a classic look and the unique tone only an all-rosewood guitar can produce. The body is chambered for reduced weight and increased resonance; other features include a rosewood neck with a laminated 9.5″ radius rosewood fingerboard and a custom neck plate engraved with an Om symbol.

A classic in every way, this refined instrument was born from the era that defined rock n’ roll. George Harrison’s legacy is one of innovation and creativity, and the rosewood Telecaster became one of his primary instruments of choice. The George Harrison Telecaster is an homage to a master and destined to become a treasured addition to any collection.”