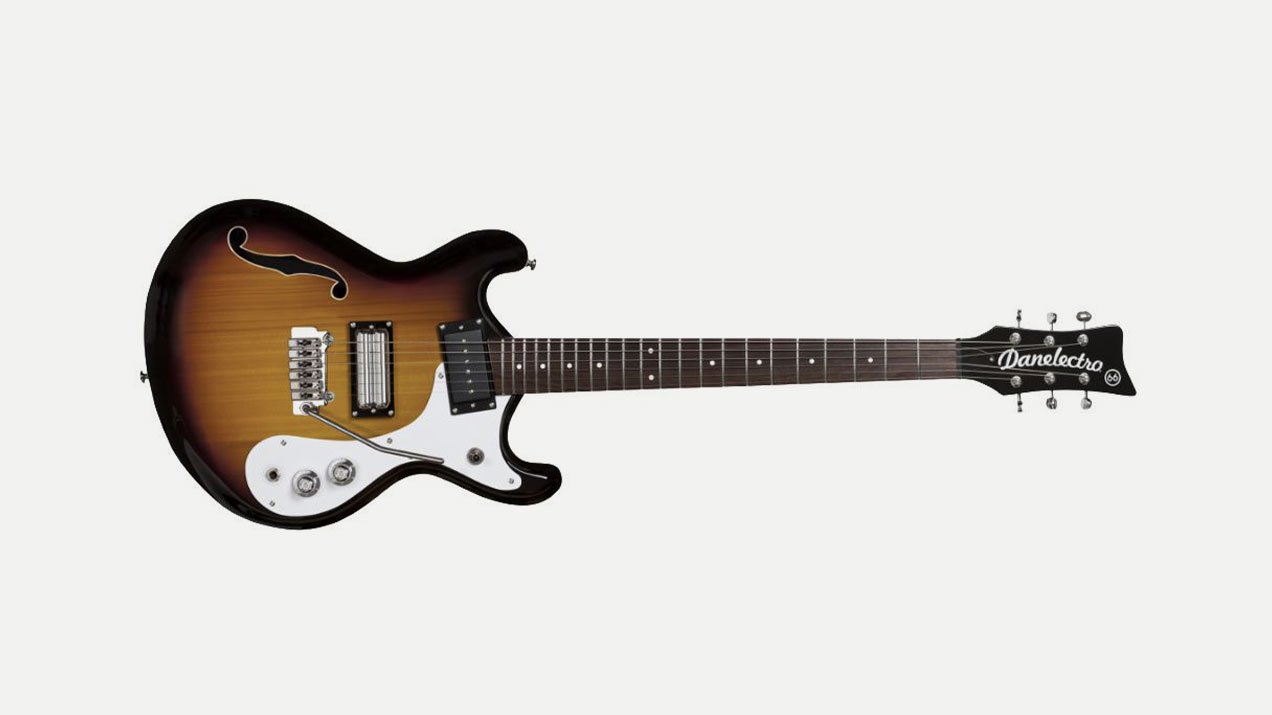 Posted at 16:58h in Electric Guitars by paul

Looking for a quirky, colourful and charismatic guitar? Danelectro is an American manufacturer of electric guitars, bass guitars, amplifiers and effects units.

Originally founded by Nathan Daniel in 1947 to produce amplifiers, in the early 50’s they designed an affordable production electric guitar. This was achieved using a wood frame with a Masonite (known as hardboard to me and you) top and back. Solid body guitars were also released. The company was also contracted to make guitars and amplifiers for the major department stores in the US: these were branded as Silvertone and Airline, rather than Danelectro. 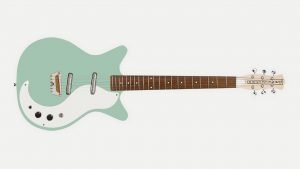 Their hollow-bodied guitars with coloured tops, concentric stacked tone/volume knobs and the “lipstick-tube” pickups—invented by placing the entire mechanism into spare lipstick tubes—were no-frills guitars of reasonably good tone at low cost; as well as being highly distinguishable!

In 1956 Danelectro introduced the six-string electric bass which never really proved popular. It did though find an enduring niche in Nashville as the instrument of choice for “Tic-tac” bass lines.

In 1966 Danelectro, employing around 500, was sold to MCA. A year later the Coral line, known for its hollow-bodies and electric sitars, was introduced. Sadly the Danelectro plant was closed in 1969 due to MCA’s attempt to market Danelectro to small guitar shops rather than large department stores. 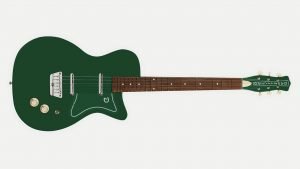 Fast forward to the late 1990s and the brand came back on the market via the Evets Corporation. They released Korean and Chinese made guitars using the original design concepts. In 2001 Danelctro decided to concentrate on effects pedals rather than guitars. However, a marketing push in 2006 saw the guitars come back in limited numbers. Since then the brand has grown with new models being released all the time. 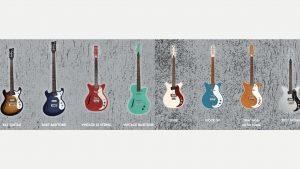 For the definitive history of Danelectro see the book Neptune Bound: The Ultimate Danecltro Guitar Guide by Doug Tulloch.

Find yours in the Amazon Danelectro Store