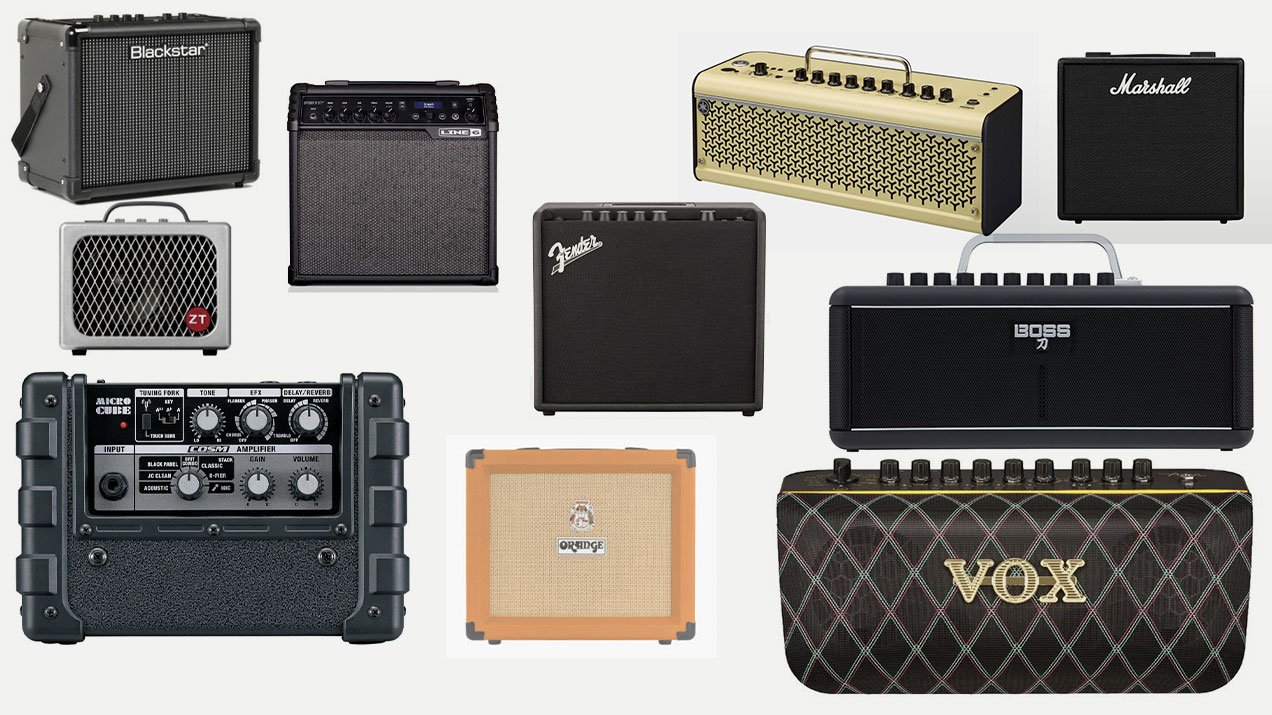 Need to reduce the volume at home?

If you are looking for a ‘bedroom amp’ or a small, fairly ‘quiet’ amp for use at home then you probably don’t need something too loud. Yes, I know we all love to crank it up but it is not good for your ears or the family and neighbours! So it will need to be small, portable and packed with features, unless you have a ton of pedals or a floor based modeller that you can plug in.

You can of course use a headphone amp – Vox and Blackstar are a good source – and these can be had for around £40; they plug into your guitar jack and you just attach your headphones. Or you could get a microamp – Marshall have a 1W microamp in various flavours which costs around £25.

And if you have a speaker cabinet you can use a microamp pedal, although some of these can kick out up to 50Watts – take a look at the EHX 44 Magnum – a pedal sized 44 watts amp – or the Mooer Baby Bomb – an even smaller pedal sized 30 watt amp.

However, for a decent volume level and full sound you need a small combo. Currently these come in two flavours – small, lunchbox sized valve type amps that sound like their big brothers and small digital amps with loads of presets and features built in. Costs are from less than £100 to over £300.

Take your pick from our Ten Best Bedroom Amps: 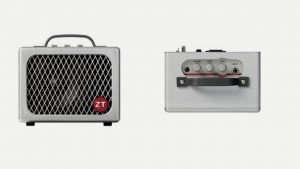 For a small amp this thing packs a punch! Powerful and versatile in a tiny 6” tall package it is capable of crystal-clear chimes, thick blankets of fuzz, and everything in between. Takes pedals well too. You can also play on the go with the optional ZT battery pack. Yours for around £180 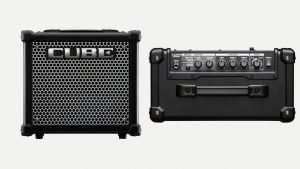 Roland produce a great range of amps and non more so than the Cube with its impressive sound, built-in effects, and the ability to swap COSM amp types via a free app for iOS and Android devices. Perfect then as a bedroom amp, jamming partner and for recording. 10W output, 8” speaker, clean, crunch and lead amp presets as well as three onboard effects. Retails for around £115 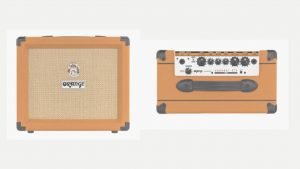 The Orange Crush range starts with the Mini at £45 and goes through the 12, 20, 20RT and up to the 35RT at £195. The best value is the Crush 20RT at £140. This has footswitchable clean and dirty channels together with onboard reverb and an integrated chromatic tuner. Add in high gain, a four stage preamp design and you get a huge range of overdriven and distorted sounds though the custom 8” speaker. It also has an Aux In for backing tracks and a CabSim-loaded headphone output. 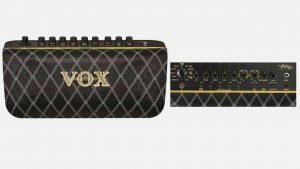 Although small and lightweight the Vox Adio Air kicks out 50Watts in stereo through two 3” speakers. It has 11 built-in amp models including the legendary AC30 and a variety of high-gain and clean amps, effects and user programs enabling you to enjoy sounds ranging from classic vintage to boutique. Expect to pay around £225. 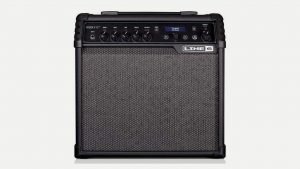 The Line 6 Spider amps have been updated for 2020 and come in 20W, 30W, 60W, 120W versions as well as a mighty 240W monster. The Spider V 30 MkII comes in at £185 and should be plenty loud enough, and versatile enough, for use at home. This is a great practice amp with over 200 amps, cabs and effects built in as well as 128 presets featuring a variety of classic and modern tones. It also boasts jam-along drum loops, jam track playback and the ability to edit and record on Mac, PC, iOS, and Android devices. 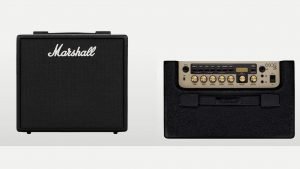 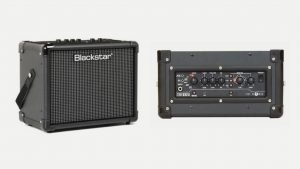 Blackstar have a great range of small combos including the Fly, ID: Core BEAM, ID: Core range and the LT-Echo. The ID Core range comes in 10W, 20W and 40W formats and we have picked the ID: Core 10 which is a 2x5W ultimate entry level guitar amplifier. The ID: CORE 10 is plenty loud enough and has incredible tone and flexibility together with Super Wide Stereo output. The Voice control has six different channels – Clean Warm, Clean Bright, Crunch, Super Crunch, OD 1 and OD 2. Add in Blackstar’s patented ISF control and studio quality effects and you can play with this for hours. Street price is around £115. 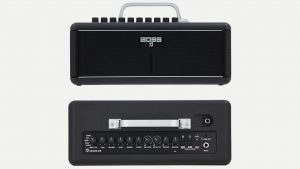 The Boss range of Katana amps starts with the Katana Mini at £85 – a 7W battery powered amp – through the 50W, 100W and Artist versions up to the Air which is full of features for c£330. All have amp tones and effects built in. The Air is a totally wireless guitar amplifier giving you the freedom to jam and practice without hassling with guitar cables – you can also take it anywhere with the optional battery operation. It kicks out 30W from two 7.5” speakers and is full of pro amp tones and effects to keep you playing. 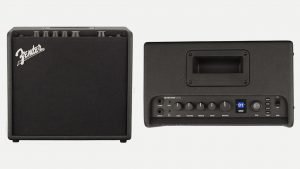 Fender produce a number of Mustang amps from the soon to be released GTX range (c£350-450), to the LT50 at £210, LT125 at £140 and Mustang at £130. We have gone for the Mustang LT125 which has a collection of 30 presets covering a wide range of music—a “greatest hits” of electric guitar tones. It has high-quality onboard amp and effects models, 25W output, a headphone socket and a USB interface for recording or firmware updates. 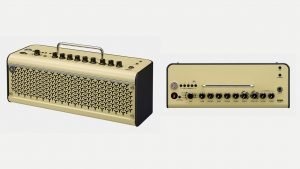 Now in MKII format the Yamaha THR is the one that started it all! Comes in 5W, 10W and wireless format. The THR 10II should set you back around £350 but with tons of features including 15 guitar amp models, 3 bass amp models, 3 mic models for acoustic-electrics, and flat voicings for everything else it is a bargain. Throw in Bluetooth, Hi-Fi audio playback and USB connectivity for recording and playback and it’s a no brainer.

Where did my amp go
Amp Manufacturers
Digital Modelling