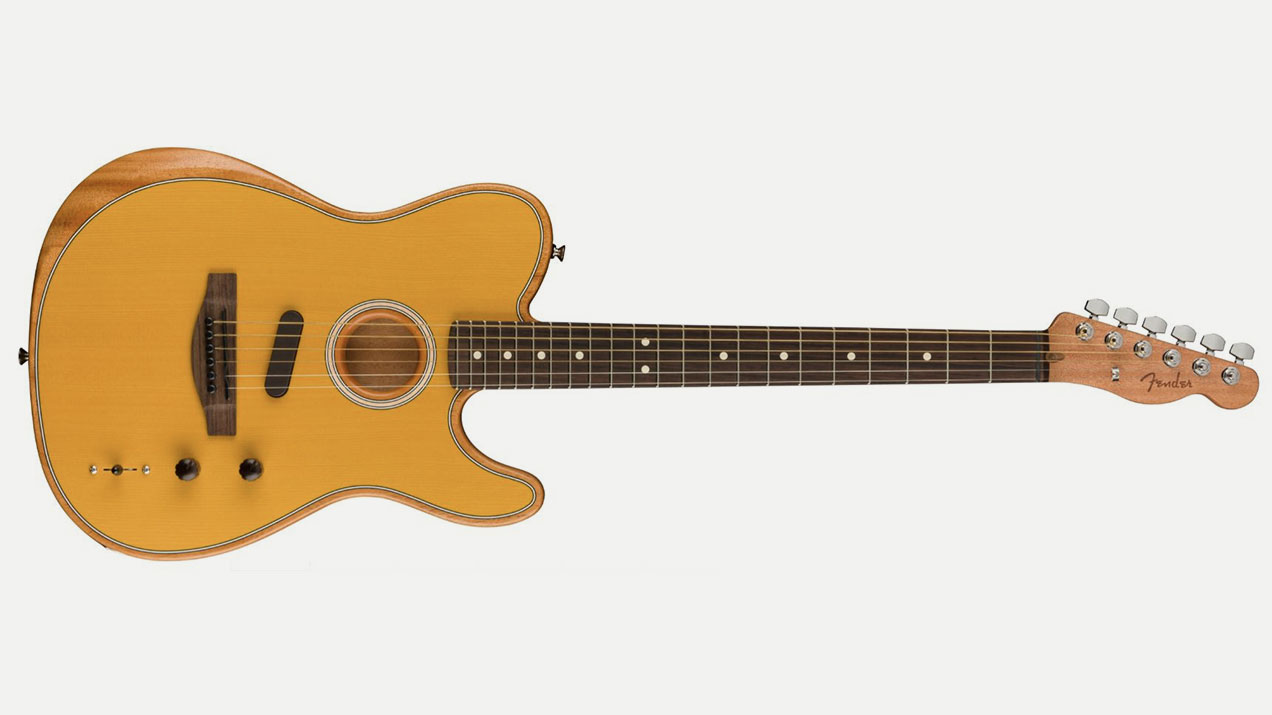 Made in Mexico and 40% cheaper than the US version.

Having invested a considerable amount in R&D for their US made Acoustasonic models – Tele, Strat and Jazzmaster – it is no surprise that they have released a ‘Player’ version which is made in Mexico and therefore cheaper than the US models.

Their Mexico factory has been building good quality Fender guitars for more than 30 years, particularly the Player and Vintera series electrics. The Acoustasonic Player range will be made in a new facility at the factory demonstrating Fender’s commitment to the innovation.

First up is the Player Acoustasonic Tele which is priced at £1049 including gig bag which is some £700 less than the US model. Granted, it has a few less features, but that seems a great price for such an innovative guitar.

If you have not tried one of these, or remain sceptical, now might be the time to give it a try!